“DOES ONE PART OF THE BIBLE SAY THAT THERE’S SOMETHING WRONG IN ANOTHER PART?”

“INSTEAD OF POSTING THE 10 COMMANDMENTS WHICH AROUSE SIN PUT JOHN 3:16 ON DISPLAY.”

IF WE MIX THE OLD COVENANT WITH THE NEW, IN SPITE OF BIBLICAL WARNINGS, THE GOSPEL LOSES ITS ATTRACTION, AND WE SETTLE FOR LESS.

The Old Covenant ended abruptly on August 4th. 70 A.D. On that day the Jewish temple in Jerusalem was burned and razed, as Roman forces defeated the Jewish rebels. This was the end of ancient Judaism. The Law of Moses drew its last breath. While the Jewish people still had the words of the Torah, their ability to live according to the Law vanished. Without a Temple, there would be no sacrifices, and without sacrifices there would be no forgiveness of sin, no relationship with God.

Six years earlier, 64 A.D., the writer of the book of Hebrews had predicted that the last vestiges of the Law will soon disappear.

By calling this covenant “new,” has has made the first one obsolete; and what is obsolete and outdated will soon disappear, (Hebrews 8:13)

70 years before the destruction of the Jewish Temple, the angel in Bethlehem announced the birth of the Savior and a New Covenant for all people. Tribalism was over, and the promise that God had made to Abraham – to bless all nations – was about to be fulfilled. On the cross, Jesus confirmed that the end of the old era was at hand, and announced – it is finished!

Within Judaism, the sacrifices at the Temple continued after Jesus’ resurrection. The book of Hebrews was written to strengthening Jewish believers, who were under pressure to leave their new found faith and return to the Law. The author urges the readers to continue with Christ and to resist temptations to mix the Old and the New Covenants. He shows that Jesus is greater than Moses, greater than the High Priest, and his covenant is superior to the Torah. And Christ’s once and for all sacrifice has ended the need of daily temple sacrifices.

Sadly, today some still seek to blend the Old and the New Covenant, the very thing that Jesus, the Apostles, and the author of Hebrews warned against. We read:

If there had been nothing wrong with the first covenant, no place would have been sought for another. (Hebrews 8:7).

Take a moment to digest this! This is strong language – something was wrong with the covenant of Moses! To be exact, the part of the Bible where the Law of Moses is found contains something wrong.

Really? Does one part of the Bible (Hebrews) say that there’s something wrong in another part (Exodus, Leviticus, Numbers and Deuteronomy)? Yes apparently! Either I am wrong, or the verse I quoted from Hebrews is incorrect. We can’t have it both ways. I didn’t say that everything in the books of Moses is wrong. Not at all! I just stated, from the Bible that something is wrong.

Is this too much? You may want to quit reading, because our tendency is to discard evidence that contradicts what we have previously thought. When I received my first Bible, at the age of 10, no one warned me that the Law of Moses had faults, and that these wrongs would only come to light once my reading took me into the New Testament.

The writer of Hebrews introduces another strong word – obsolete (see Scripture quoted above). The Bible calls the Torah, the Law of Moses, obsolete, stating that the very existence of a new covenant makes the old obsolete, (Hebrews 8:13).

Again, think! One part of the Bible, the Book of Hebrews, calls another part obsolete. Did your pastor warn you to not spend too much time in the obsolete parts of the Bible? Just because something is obsolete does not mean that it is evil. I don’t use cassettes anymore, but that doesn’t mean that I think cassettes are bad. No, they served their time, but now there are better means of communication. Similarly, a passport has a designated usefulness. Once the end date comes, the passport is obsolete, it’s time has been fulfilled. Again, it is not bad or evil, just outdated.

If you think that I discard the books of Exodus, Leviticus, Numbers and Deuteronomy, think again. These are among my favorite parts of the Bible, because these books reveal Christ. In World Impact Bible Institute, I teach three courses, each 18 hours in length, from those very books. On the road to Emmaus, Jesus taught his disciples that the Law and all of Scripture contain vital information about Himself. The Church fathers incorporated the Jewish scriptures with the New Testament for Christological reasons. They preached Christ from the Jewish Scriptures. Note that Jesus never said: study Moses so that you can blend my gospel with the Law.

So, why did God give the Law in the first place, since it was destined to become outdated? Someone may add, “Aren’t God’s covenants eternal; why does the Law of Moses have an expiration date?” Paul, the Apostle, answers: Why then was the Law given at all? It was added because of transgressions until the Seed to whom the promised referred had come. (Galatians 3:19)

The answer is clear; the Law was intended to be temporary, “it was added,” it had an expiration date. It would end when God had fulfilled His promise to Abraham. Paul illustrates further that the Law was a guardian until Christ would come, and once Christ had come, there would be no need for a guardian. To summarize:

The Law of Moses was time-limited covenant for the nation of Israel, while God’s covenant through Abraham, which was fulfilled by Jesus, is eternal and for the whole world.

The religious leaders in Jesus’ day understood that Jesus had come to make the Law obsolete. That is why they crucified him.

Not destroy – but fulfill! What’s the difference?

Read the next verse: For truly I tell you until heaven and earth disappear, not the smallest letter, not the least stroke of the pen will by any means disappear from the Law until everything is accomplished.

#1. THOSE WHO THINK THAT THE LAW OF MOSES IS FOR TODAY ARE LIABLE TO OBEY EVERY STROKE OF THE PEN AND EVERY LETTER (KING JAMES CALLS IT EVERY “JOT” AND “TITTLE”).

That means stoning rebellious children by the city gate, abstaining from shrimp, pork and bacon, and don’t mix your clothing (combining linen, wool and cotton is an abomination). Don’t cherry pick your favorite commandment. If the Law of Moses is for us today then you are responsible for every jot and tittle. No excuses!

#2. ONCE “EVERYTHING IS FULFILLED” THEN THE LAW DISAPPEARS.

Jesus’ listeners must’ve understood that He intended to fulfill “everything”. The Greek term translated “fulfill” is found in Matthew and in Luke, and it means to bring to a designated end. Jesus came to bring the Law to its end. The Law had been on a timer all along, until Christ’s finished work was fulfilled.

#3. JESUS WAS NOT ANOTHER ONE IN A LONG LINE OF TEACHERS AND PROPHETS; HE WAS THE END OF THE LINE.

Once a debt is paid, it is brought to its end, the debt obligation is fulfilled. Jesus was the Seed that God promised Abraham, and once the Seed had come, the Law was fulfilled! God had no further obligation to bring salvation to the world; the promise that God had given to Abraham was now fulfilled in Jesus.

So what changed on August 4, 70 A.D.? That day the sacrifices in the Temple ceased. The consequences were enormous for the followers of Moses; no more forgiveness of sins, no more personal access to God.

Do you ever need forgiveness from sin? If you think that the Law is still for today, you better make an animal sacrifice. That could be problematic, especially if you live in an apartment, or in a city where animal slaughter is not allowed in the back yard. Better luck if you live on a farm. But you still have a problem, because in order for your sacrifice to be valid it must be slaughtered by an approved Levite. There are not too many of those around. So you are stuck with your sins. But you say, “Peter, I just call on God in the name of Jesus and my sins are forgiven.” Not so fast. That is not allowed in the Old Covenant. That is only in the New Covenant because of the finished work of Jesus. If you believe that the Law is for us today, you had better follow the prescriptions in the books of Moses, or you are doomed.

In contemporary Christianity, there is a tendency to blend the two covenants, which has allowed strange and weird practices to enter the Christian faith. Let me mention just a few.

Have you ever heard someone announce that God is about to judge our country because of its sins? That thinking is not from Jesus, who said that He has not come to condemn the world, but to save. The idea of judging nations is rooted in the Jewish Scriptures, not in the New Covenant, which proclaim that Jesus put away the sins of the world.

Another strange practice is to call certain buildings, places or days “holy”. That’s also from the obsolete covenant. In the New Covenant, believers are called holy.

A third strange idea is that too much of the grace of God encourages people to sin. That’s obsolete! The New Covenant teaches; sin shall not have dominion, because we are not under the law but under grace, (Romans 6:14).

Just like a mirror only shows the dirt on our face, and is incapable of cleansing, so the 10 Commandments are powerless to remove sin. While they cause an awareness of sin, they also, according to the apostle Paul, arouse us in desire to sin. Only the gospel of Jesus Christ gives the power to overcome sin, death and darkness. That’s the hope of our society! If we are interested in the power of sin being broken the answer is not to have the 10 Commandments in public places, but to make Jesus known. Instead of posting the 10 Commandments which arouse sin put John 3L16 on display, “For God so loved the world that he gave his only begotten Son, that whosoever believes in him shall not perish but have everlasting life”.

Mixing the old and the new covenant hurts us, and it hurts our cause. One reason why early Christianity was so attractive, that the Roman Empire turned from paganism to Christ, was the early believers understood that the Law was obsolete – Jesus Christ was not the Redeemer for all. Jesus had torn down the enmity (the Law) between Jew and Gentile. Everyone was now on equal footing.

Unfortunately, after centuries of muddying the waters, many no longer find the Gospel attractive. Have we poisoned our message? To mix the life-giving New Covenant with the Law that kills (2nd Corinthians 3), is like putting poison in a healthy salad. If my words trouble you, please read 2nd Corinthians chapter 3; you may find the words of the apostle Paul even more upsetting.

Bottom line, the gospel is an attractive message, but we must get to know our message better, and then we will discover that the world is more ready to receive than we ever imagined.

YEAR O: Angel announced the birth of Christ and the New Covenant.

33 A.D.: On the cross Jesus proclaimed: It is finished.

64 A.D.: The author of Hebrews states that the Old Covenant will soon disappear.

TODAY: Salvation is available to all by Christ’s New Covenant.

“DID YOUR PASTOR WARN YOU TO NOT SPEND TOO MUCH TIME UP IN THE OBSOLETE PARTS OF THE BIBLE?” 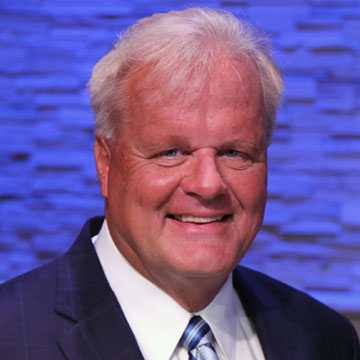